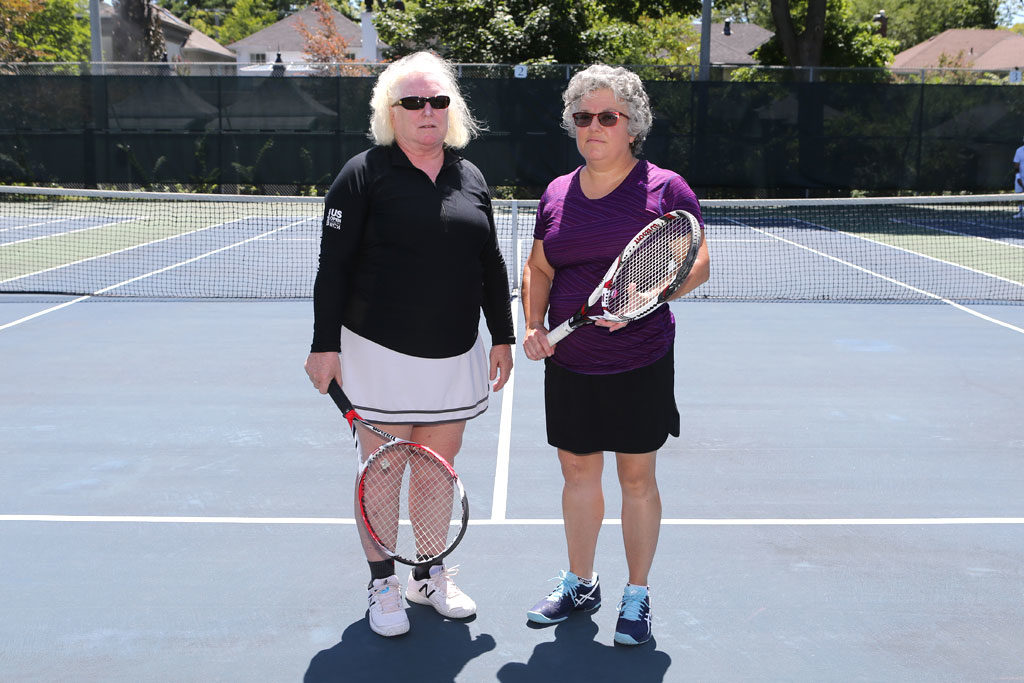 Fiona Miller was just looking for the same court time as her male tennis playing cohorts at the Moore Park Tennis Club. But her efforts to change the league format at the InterCounty Tennis Association (ICTA), which runs competitive leagues around Toronto and throughout Ontario, proved unsuccessful. So she took the association to court and she won.

A judge with the Human Rights Tribunal of Ontario (HRTO) has handed down a decision to the competitive tennis association that will impose gender parity for an Ontario-wide Mixed League that has given men twice as many opportunities to play since it began in 1962.

“I did feel that it was time for the association to offer equality in their evening league,” said Fiona Miller, who has been playing tennis for approximately 10 years. She is the president of the Moore Park Tennis Club but filed the complaint as an individual, along with Cathy Boyd and Cheryll Corness, both members of the Davisville Tennis Club.

“We don’t discriminate against women. It’s a matter of skill level.”

The ICTA allows clubs from across Ontario to compete against each other. The Mixed League, which consists of around 160 teams across Ontario, has a gender ratio of eight men to four women. The decision on July 12 ordered ICTA to implement a staged approach toward gender parity for all skill levels, beginning with their beginner-to-intermediate C level in the 2019 season.

“I don’t understand the reluctance to actually share the court time,” said Miller. “We think it’s a simple issue: Equality or not.”

The ICTA has called a special members’ meeting for Aug. 1 to vote on whether to accept the decision or file a request for reconsideration.

“The reason why we would want to challenge that decision is because we strongly believe that the tribunal basically ignored or maybe misunderstood the realities connected with the levels of play,” said Sonja Zibin, ICTA vice-president. “We don’t discriminate against women. It’s a matter of appropriate skill level.”

Zibin said that the staged approach to implementation won’t make the transition any easier.

“That implies that somebody who can play C in 2019 will be able to play majors in 2022,” she said. “In three years, there’s no way you could go from a beginner-intermediate level to a majors level, which is professional or semi-professional competition level.”

ICTA members will vote on their next course of action on August 1.

UPDATE: At their August 1 meeting, the InterCounty Tennis Association has voted by a margin of 40 to 12 to proceed with a request for reconsideration of the decision by the Human Rights Tribunal of Ontario.