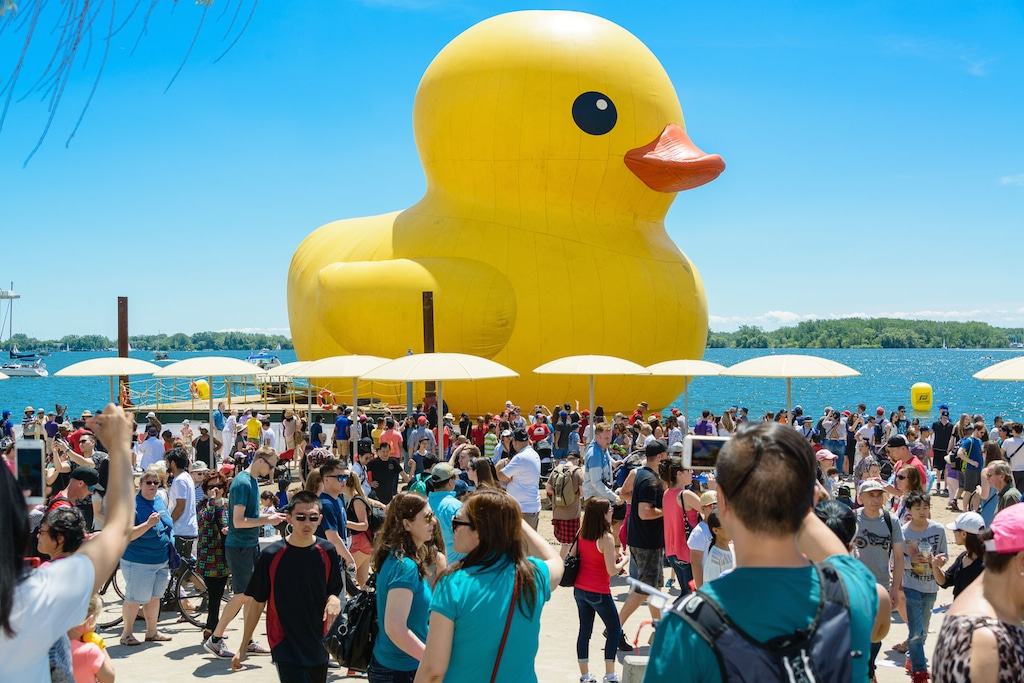 The world’s largest rubber duck is making a comeback at Toronto’s Redpath Waterfront Festival this summer. The big yellow bird will once again be found floating along the Toronto Harbourfront from June 19 to 21 of this year.

In 2017, the massive inflatable duck made its public debut at the 7th annual Redpath Festival to commemorate Canada’s 150th birthday. The 30,000 pound six-storey blowup — dubbed “Mama Duck” — made waves in the city when people learned that the government funded $200,000 to commission this duck and parade it at HTO park.

Shortly after the controversy, residents of Toronto learned that the giant yellow duck had raised more than $7.6 million for the city and had brought over 750,000 people down to visit the waterfront festival.

“In a decade of fundraising the Redpath waterfront Festival there has been no single attraction outside of the Tall Ships that has generated more attention or generated such strong visitor numbers,” said Kevin Currie, Chair of Redpath Waterfront Festival.

This year, the 10th annual Redpath Festival hopes to generate even more money for the city and is funding the return of Mama Duck with help from sponsors, Billy Bishop Airport, Redpath Sugar and Bell Media.

“With our 10th anniversary this year, it was obvious we needed to bring the Duck back to re-capture the magic and thank our visitors for their ongoing support of the festival,” said Currie.

The Redpath Waterfront Festival put on by Billy Bishop Airport is an annual summer event to show-off Toronto’s glorious waterfront as an international attraction. To do so, they provide a ton of family-friendly activities on land and on the water to really showcase the Toronto harbour.