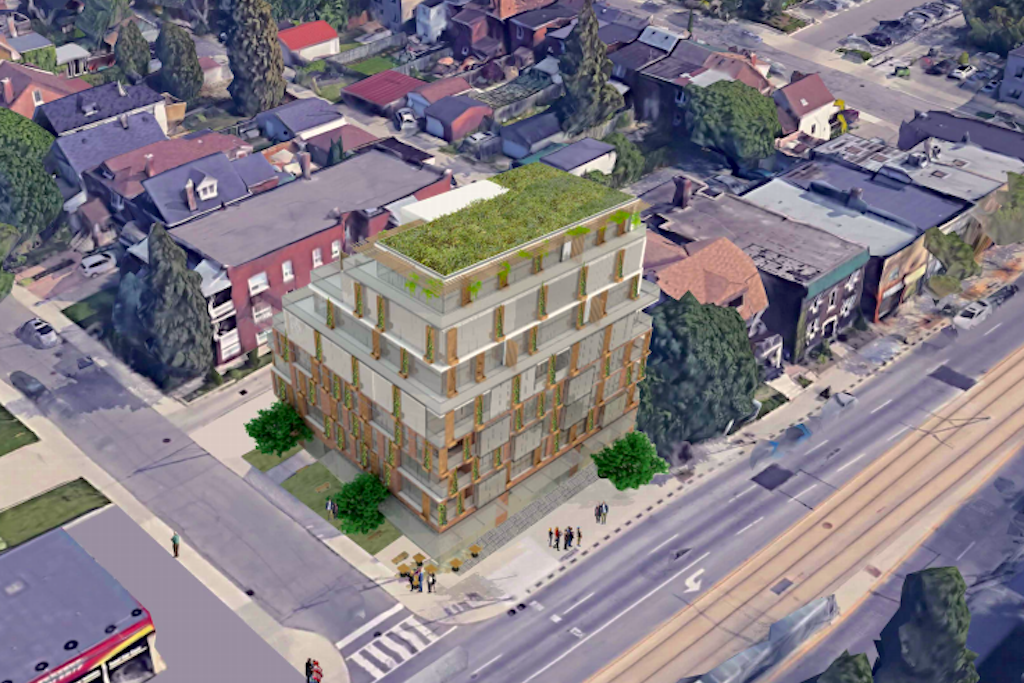 The fate of an 83-year-old vacant Wychwood church will soon come before council as city staff will advocate for its heritage designation to save it from demolition, while past and present councillors believe the building is already derelict.

An application was submitted to the city on June 8, 2020, to construct an eight-storey mixed-use building at 155 Wychwood Ave., located on the corner of Wychwood Avenue and St. Clair Avenue West.

The development of the site would require the demolition of the former Wychwood-Davenport Presbyterian Church. The church was constructed in 1937 and is an example of an early 20th-century religious building designed in the Neo-Gothic style. It was added to Toronto’s heritage register by city council in January 2008.

Timelines were paused due to the province of Ontario’s COVID-19 emergency declaration, meaning city council must issue a notice of intention to designate the property by November 10, 2020.

On Sept. 29, Toronto and East York Community Council adopted a preservation board recommendation directing the senior manager of heritage planning to report to city council at its meeting scheduled for Oct. 27 and 28 with an updated statement of significance with the intention of designating the property.

Planning staff previously prepared a similar statement in 2013 for a now-abandoned development application. It stated the property was worthy of designation under the heritage act for its cultural value and met the provincial criteria for designation for its design and associative and contextual value.

“Wychwood Davenport Presbyterian Church has cultural heritage value as a fine representative example of Neo-Gothic design, the most popular style for ecclesiastical buildings in the early 20th century, which is distinguished by its architectural detailing inspired by medieval sources,” read the 2013 statement, which listed the building’s brick and stone detailing and pointed arch windows among its heritage attributes.

The church was also used to film scenes from the TV series The Handmaid’s Tale.

Former city councillor for the area Joe Mihevc, who has been retained by the site’s owner to help with the application process, said in a letter to community council that he does not believe the church meets any of the criteria for heritage designation and that during his years dealing with the site, there were no community voices arguing for the church’s preservation or designation as a heritage building.

Mihevc said the property is in a poor state of disrepair and attempts to find another faith community to renovate and use the site have been unsuccessful.

“My fear, if this owner/developer is not successful, is that the building will only further deteriorate and become more of an eyesore on St. Clair,” said Mihevc.

“I think there’s a concern in the community that if the midrise doesn’t go ahead and if it was sold to somebody else, they would find a way to move forward with something else that doesn’t adhere to the city’s plan,” said Matlow.

He added that the designation would not result in funds for maintenance or refurbishment for the church currently sitting on the site.

“Unless an owner is willing to repurpose the building, and it’s in a bad state of repair the way that this is, it’s just going to continue to fall apart, and that’s not a reasonable option,” said Matlow. “Designation would give a false sense of preservation for that building. Even if you designate it, it’s still falling apart.”