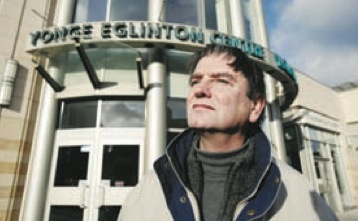 THE YONGE EGLINTON Centre could be expanding to include more retail space — but at the cost of enclosing a portion of the outdoor space at the intersection.

RioCan, whose offices are located within the building at 2300 Yonge St., made an application to the city to amend the zoning bylaw on the property, to allow the construction of a three-storey retail addition to the existing centre. That addition would extend into the existing outdoor space, adding more than 4,200 square metres of retail space.

In recent years, the open space has become less welcoming to local residents, with fewer benches and bicycle racks. But that won’t stop local neighbourhood associations from fighting the application, which they say should be turned down because the neighbourhood has been identified as a parks- deficient area by the “Yonge Eglinton Focused Review,” a city report published this year.

Smyth worries that the city councillor for the ward, Coun. Karen Stintz, has already made a deal with the applicant, and that his and other organizations in the area will not have their say on the property.

Stintz said she has not made any such deal and that planning for the site is in the very early stages.

“Many people in the community want to be involved, and they certainly will be,” she said.

“It is a privately held piece of land, but it has been open and accessible to the public. The current owners want to work with the community.”

The Avenue Road Eglinton Community Association would like the space developed in a way that maintains the outdoor, accessible nature of it and will be making their case at a community meeting on June 11.