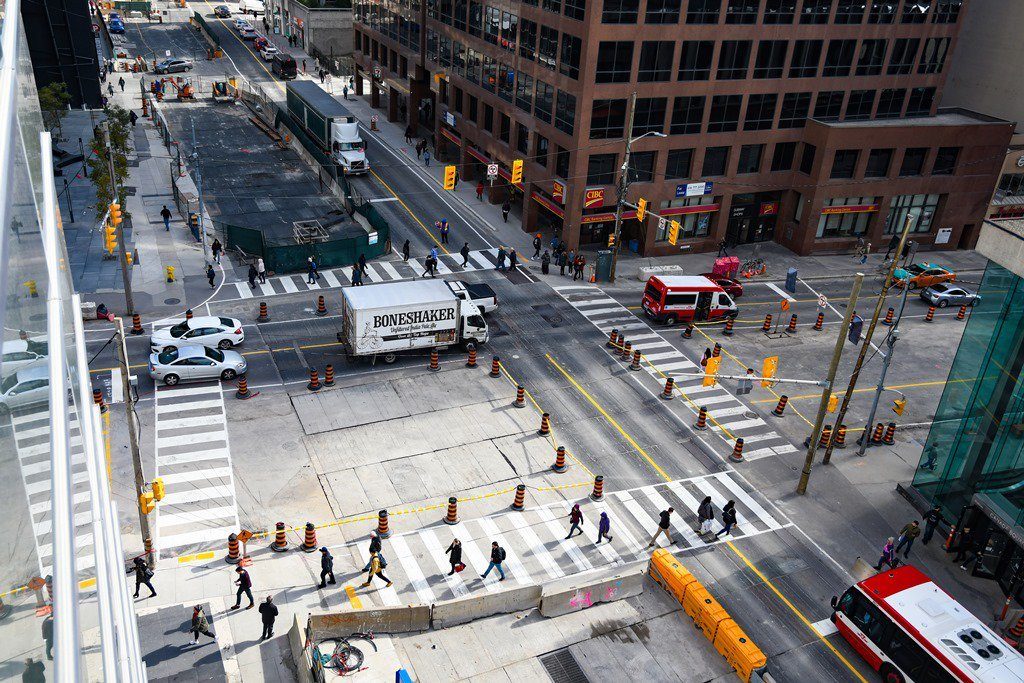 The corner of Yonge and Eglinton has been a nightmare to traverse for years.

Construction on the Eglinton Crosstown LRT and E Condos on the northeast corner has taken its toll on safety. Oftentimes, pedestrians and cyclists have been forced to navigate crowds, construction vehicles, and all manner of obstacles, from temporary fencing to pylons to concrete barriers.

With poor sightlines and plenty of congestion, it hasn’t exactly been a piece of cake to drive through, either.

Thankfully, after what seems like ages, the regular pedestrian crosswalks are now open for use. It might not seem like much, but given recent events, it’s certainly positive news.

A month ago, councillors Mike Colle, Jaye Robinson and Josh Matlow held a press conference after the tragic death of two pedestrians who were hit by a truck near the busy intersection at Yonge and Erskine.

The councillors, along with the local residents association, demanded that there be increased pedestrian safety and an immediate pause in the development projects until all safety measures  – including full-time crossing guards at all major construction points and training for construction truck drivers – were implemented.

Numerous area locals and Toronto residents have turned to Twitter to express their delight at today’s news. It’s clear that many of them have been patiently waiting for years for improvements to be made at the intersection.

Holy cow!!! I’ve been waiting for years for this!!

Although construction is set to continue, with E Condos expected to be completed by the end of this year while the Eglinton Crosstown LRT at the end of 2021, at least pedestrians can feel somewhat safer crossing the street now.