Yonge-Eg tenants to get $2 mil settlement - TRNTO.com
Skip to content 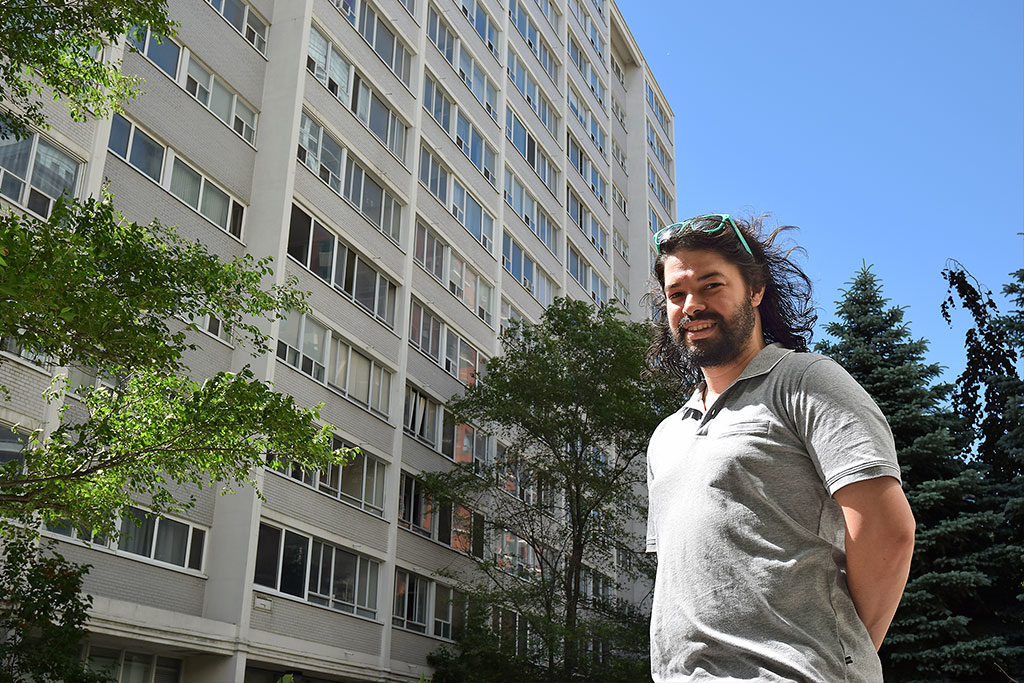 A group of tenants living near Yonge and Eglinton have won a multimillion-dollar settlement that may make living through three years of construction a little more bearable.

Noise-cancelling headphones, rental discounts, unit renovations or a moving allowance of up to $1,500 are some of the options that will soon be available to the tenants of 33 Holly St. and 44 Dunfield Ave. when work starts on the 27- and 34-storey condos approved next door.

Their landlord Compten Management submitted the proposal in 2014, which included plans for a six-storey building on the corner of Soudan Avenue and Dunfield and a five-storey addition over each of the two 14-storey rental buildings. However the new agreement was later revised to include just the two condo towers.

Rocco Mattucci, a chartered accountant and tenant of 44 Dunfield Ave. since 2012, realized renters had little chance of stopping the development outright. The Province of Ontario had already designated the area as an urban growth centre, and plans for the Eglinton Crosstown LRT were underway. So instead, he and others focused on a way to minimize the impact on tenants and vacancies in each building.

The tenants’ association contacted a municipal lawyer, Ian Flett, to represent their interests at an Ontario Municipal Board mediation meeting with their landlord, and the developers on the project, which include PlazaCorp.

“There are people living in those buildings who have been there for over 30 years.”

“There are people living in those buildings who have been there for over 30 years,” Flett said. “Those buildings are their homes. The security of tenure that you have as a renter creates an attachment to where you live that is akin to the attachment you have when owning a property.”

Flett emphasized that tenants are entitled to certain rights, which include the right to occupy their unit and enjoy it in a quiet and peaceful way.

“When all of a sudden there is jackhammer on the other side of the wall, I don’t want to go as far as to say it’s a violation of your lease, but it’s taking away from what it is you’ve leased from the landlord,” he said.

Mattucci said he anticipates the agreement will amount to more than $2 million in benefits for tenants to offset the toll the construction may take.

Of the 324 units in both buildings, Mattucci said approximately 60 per cent will qualify for rent abatement — a temporary suspension of a percentage of their rent — that will range from a $50 to $600 decrease each month, depending on the impact the construction has on the unit. Alternatively, qualifying tenants could opt for a kitchen or bathroom renovation (or both in some cases) or they can terminate their lease early, within the first two to three months of construction, if they deem the disturbance too great. In that case, they’ll receive a moving allowance.

A one-bedroom respite unit will also be incorporated into both buildings that tenants can retreat to for relief if necessary.

When construction ends, a small membership fee — equivalent to the condo maintenance fee toward use of the gym and pool — will allow tenants access to the amenities in each new condo.

Mattucci explained that was a very important issue for tenants during mediation.

“They’re trying to defeat the elitism that exists between ownership and rental,” he said.

Pleased with the outcome, Mattucci said he believes the agreement has paved the way for other tenants facing similar circumstances across Toronto.

However, he noted their success hinged largely on their landlord’s cooperation and willingness to settle.

“If you’re ever too happy coming out of a negotiation, it’s not a good negotiation,”  he said. “I think we can be satisfied with our success, considering our starting point. We should celebrate the achievement but also be prepared for the construction.”

The city is reviewing the settlement before it is finalized.