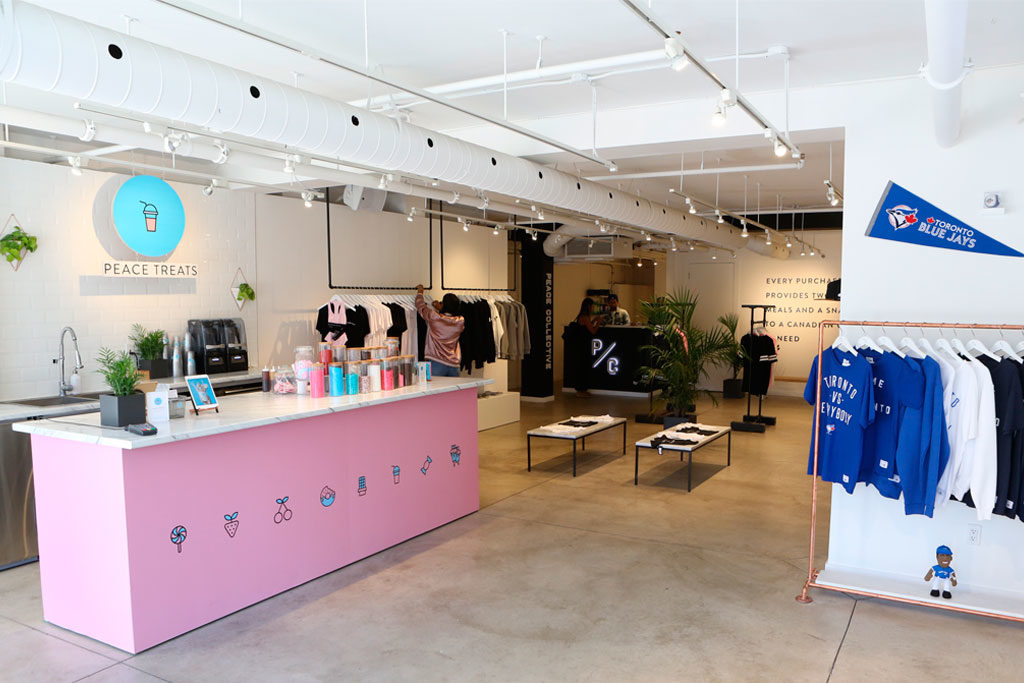 Starting next week, a new crop of retailers will be setting up pop up shops in Yorkdale mall's new space called Concept.

The idea behind Concept is to give innovative retailers, that may not normally be able to afford retail space in a mall like Yorkdale, a space to reach GTA shoppers.

The space will be open to the public starting May 18 and will include retailers like Peace Collective, known for their popular "Toronto vs. Everybody" T-shirts and Blue Jays gear, as well as their milkshake outpost called Peace Treats.

Concept's first round of pop-ups focused on unique food offerings from around the city, and this time around the focus is more on design and socially conscious entrepreneurs. Within this crop of pop-up retailers, each brand shares the common goal of raising awareness and funds for causes connected to their business.

For example, Peace Collective provides two healthy meals to a Canadian child in need through its Peace Foundation with each garment they sell.

Over at Mary Young, a lifestyle lingerie and loungewear brand that prides itself on being ethically produced in Montreal, a donation of three dollars from every item sold at Concept is given to Raw Beauty Talks, a non-profit society promoting mental and physical health of girls and young women by increasing their self-confidence and promoting positive body image.

And for the guys, there is Bather's streetwear-inspired beachwear. The pop-up shop at Concept will feature exclusive pieces, and a portion of the proceeds will also go to a good cause. Bather works with charities such as 1% for the Planet which works to protect the world's oceans, as well as the Jays Care Foundation.

Other brands shoppers can expect to see in the space are Hayley Elsaesser, a Toronto designer known for her pop-art inspired prints, HEIRKid, a line of children's clothing aimed to please the fashion-conscious parents of the city, and Lola's Cloud, home to freshly spun organic cotton candy in unique flavours.