Yorkdale will get even more ginormous this fall | TRNTO.com
Skip to content 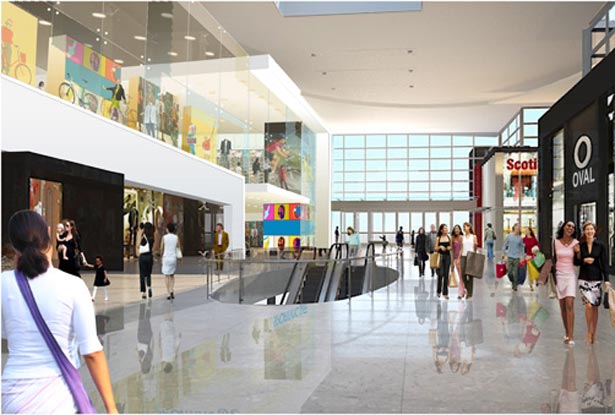 The ever-expanding granddaddy of shopping centres is at it again. Hot on the heels of its recent Dine on 3 food collection, Yorkdale Shopping Centre plans to add 30 new stores as part of its 145,000 square foot retail expansion, which is set to open November 15.

The chic duo of Ted Baker London and Kate Spade New York will both set up their first Canadian flagship stores in Toronto. Other stores that are making their first steps into the Canadian marketplace include the electric car company Tesla Motors and beloved womenswear chain Ann Taylor, whose arrival we have been eagerly anticipating for a while now.

Other noteworthy additions include Diesel, Wilfred Boutique, The North Face and an exclusive Rolex boutique as part of Raffi Jewellers. In addition to the newbies, pre-existing favourites Holt Renfrew, Lacoste and Club Monaco will all see expansions and refurbishments coming their way.

And as if the slew of new eating options at Dine on 3 weren’t enough, the new expansion will also see the addition of a Joey restaurant, which has entrenched itself as a mall favourite after setting up branches at the Eaton Centre and the Shops at Don Mills.

Rightfully expecting the crowds to come pouring in, Yorkdale has added 800 new underground parking spaces to facilitate the arrival of the eager hordes of shoppers. But with a 190,000 square feet of total expansion taking place this year, including Dine on 3, we suspect that 800 might be undershooting it a little bit.