Newly proposed Yorkville condo would be tallest in Canada at 1,063 feet
Skip to content 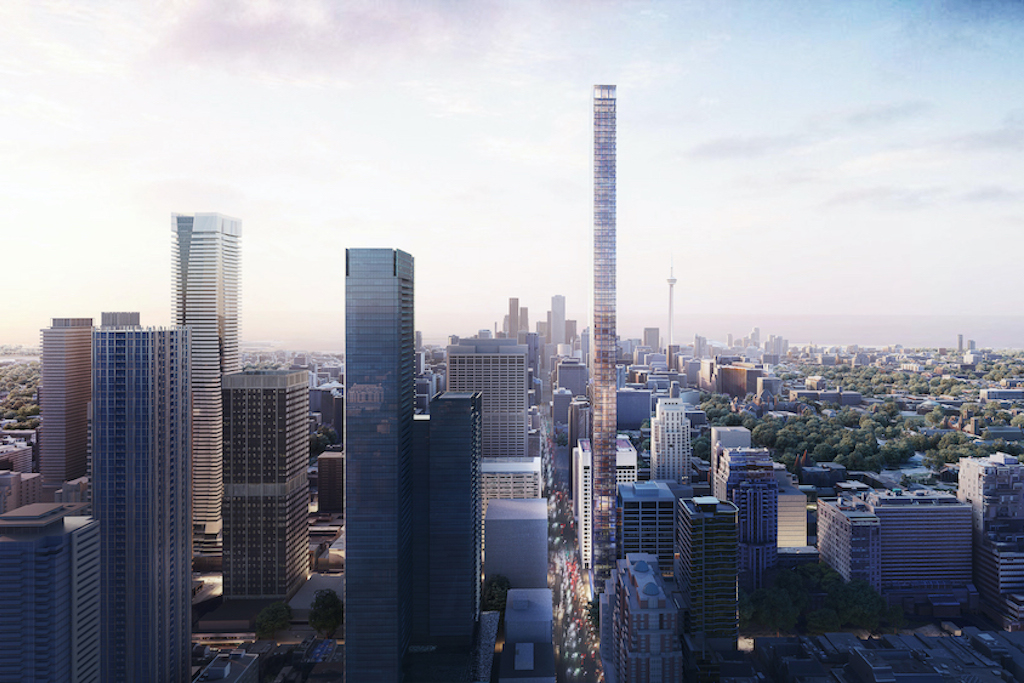 The first 16 floors of the super slim tower will be dedicated to retail and offices, while 332 condos will take up 64 floors above, varying from one-bedroom units to multi-level penthouses. The commercial and residential units will be separated by a private amenities level.

The tower will be topped with a large restaurant and sky lounge on its top three floors that will offer CN Tower-rivalling panoramic views of the city that will be publicly accessible.

The tower comes in at 1,063 feet total, which would make it the tallest residential building in Canada if it were completed today. However, the already in development Mirvish+Gehry residential complex on King Street slightly edges out this project at 1,079 feet. 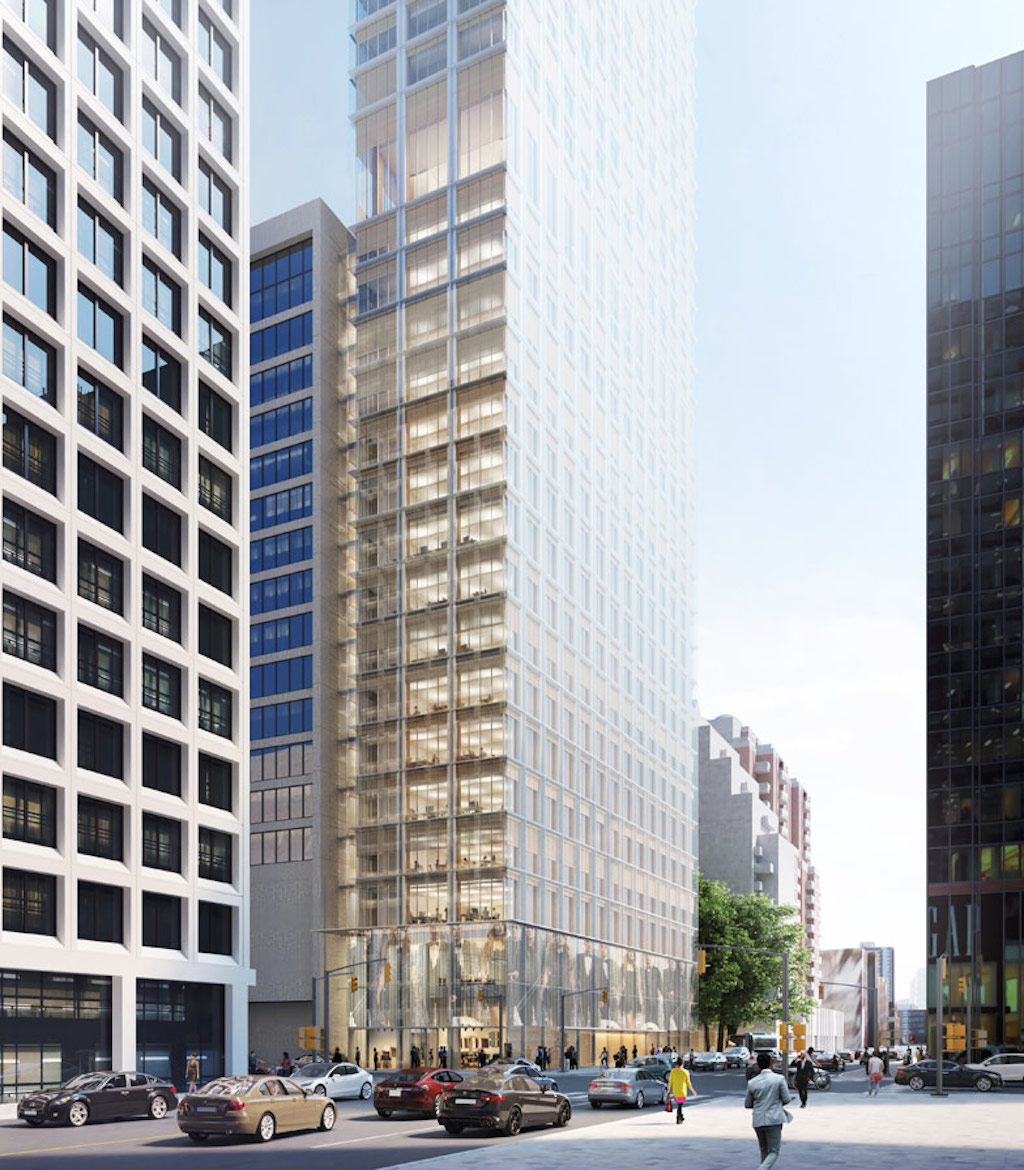 The development will feature “interior glazing (thermal envelope), exterior timber roller shades and an outer layer of transparent, open-jointed glass” that will give the building a transparent appearance at some times and a more reflective one at others, according to a media release. The Yorkville condos will feature “generous daylight through the floor-to-ceiling operable windows which provide natural ventilation.”

“This is an iconic block in the neighbourhood and Toronto at large. We have an opportunity to deliver a project that sets a new benchmark for design and strives to give something back to the city,” Kroonenberg Groep owner Lesley Bamberger said in a statement.

It will be the Dutch group’s first project in Toronto and the second for ProWinko, which is a partner on Toronto’s upcoming Ace Hotel.

Herzog & de Meuron is known for designing highly recognized public facilities such as museums and stadiums and won the Pritzker Prize in 2001. They are currently designing the Vancouver Art Gallery revamp, which is their first project in Canada.

Toronto-based architects Quadrangle will be working with the firm on the Yorkville condo.

“The tower defines the northern edge of the downtown area and provides a landmark in the urban grid. It is a very direct response to the site and the city around it,” Herzog & de Meuron said in a statement.