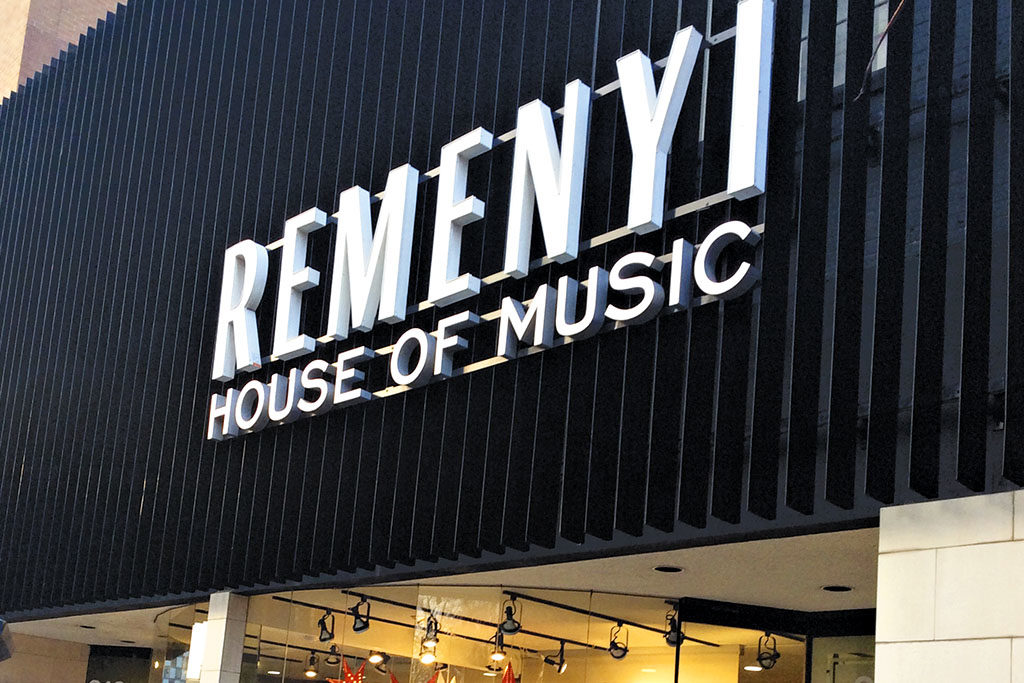 Remenyi House of Music, the beloved Yorkville piano and music shop, sold its iconic black and white building to Tribute Communities for $25 million this past spring. Now, the developer has submitted a proposal for a 29-storey condo building with 42 residential units and ground floor retail.

According to Michael Remenyi Jr., the general manager of the store, it will take up to five years for the development to be completed. An agreement between the store and Tribute ensures that Remenyi will reopen in the retail space of the future building, but during development it will have to seek out a new home.

“Nothing will replace Bloor, especially this location and arts community.”

Located directly across the street from the Royal Conservatory of Music, Remenyi House of Music has been at 210 Bloor St. W. since 1979. What was then a destination for hippie culture has turned into an arts and cultural haven. Not only is the Conservatory a stone’s throw away — so, too, is the Royal Ontario Museum.

“Nothing will replace Bloor Street,” said Remenyi, “especially this location and its proximity to the arts community.

“The plan for Remenyi House of Music moving forward is to still continue this operation,” he continued. “We have some time before we have to leave the building, so there is no immediate rush at the moment.”

Remenyi House of Music has served top-tier musicians since its opening, including members of the Toronto Symphony Orchestra and other international orchestras that have played in Toronto.

“We give our customers a certain level of privacy for shopping with us, and there have been many notable names,” said Remenyi. “One that I don’t mind saying is Oscar Peterson.”

The history of the music store can be traced four generations back to the 19th century. The first Remenyi House of Music opened in 1890 in Budapest, Hungary. The family and the store survived through two world wars, but once the Communist regime took hold in Hungary in 1951, all of the shop’s inventory was confiscated. In 1959, founder Zoltan Remenyi and his family fled Hungary and came to Canada.

“I think that this [development] is the catalyst for an expansion, possibly to open another location,” said Remenyi. “Now that we have to start considering another location in Toronto, it really opens up quite a bit for us.”