How Yorkville and the rest of Toronto's retail real estate is faring during these times | TRNTO.com
Skip to content 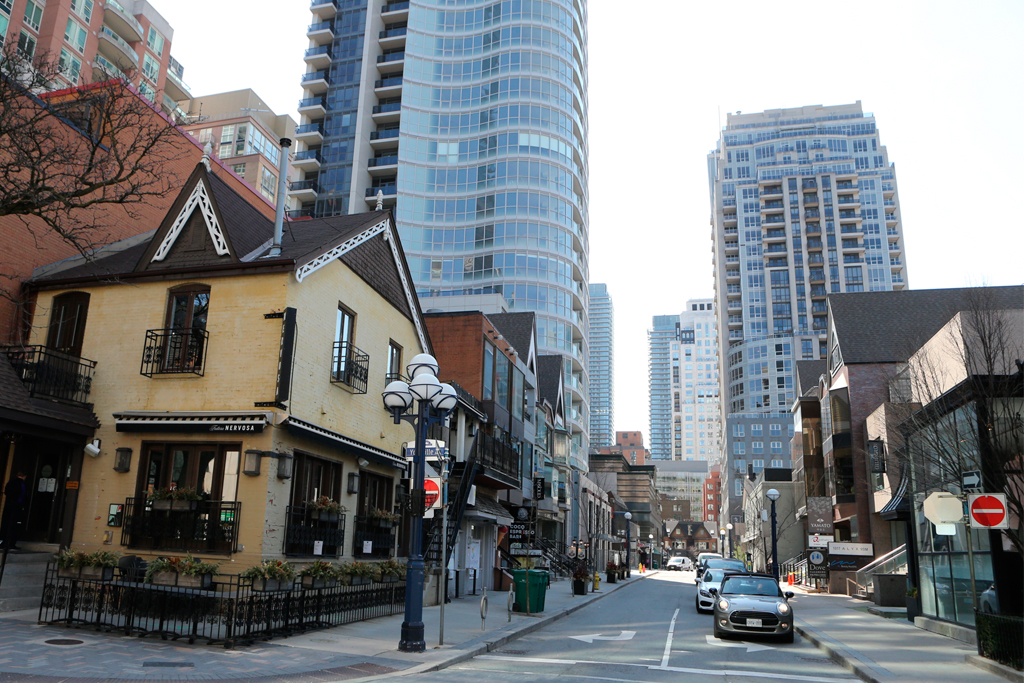 After one full quarter fully under the effects of COVID-19, how did the Toronto retail and commercial real estate market fare? Actually not as bad as may have been predicted. Sales volumes are down, likely not unexpected, and the number of high dollar sales is way down as well. What we do not see this quarter is a drop off on the value of deals from a price-per-square-foot perspective. Good news for vendors, not so good news for investors. Overall, regardless of what team you are on, the fact that Toronto commercial real estate remains strong, so far, should make all participants breathe easier.

It is noteworthy to mention that that this quarter’s results include transactions likely gone firm prior to March 16, the “D-Day” on which most of Canada shut down. There is no record of how many firm deals were dropped after this date, but there are a number of deals that were under contract that were terminated at this point.

What was interesting to watch was the listing of 1 Niagara St., the former Toronto office for the fashion retailer Nygard. The New York-based lender wanted the property sold and it was the first major listing that came to market during the pandemic. So, this became a good Netflix-like series to monitor. How did they fare? At the time of writing, the property is sold firm but not closed, but it did attract more than 10 offers during the 30-day marketing process. In discussion with the listing agent, he did confirm offers that spread a wide gamut of value. The listing price for this vacant, 25,500-square-foot office building was $23 million or $900 per square foot.

Well, not bad results for this sector which is getting hammered by bankruptcies especially in the restaurant industry, but others too are falling by the wayside including Hertz which has filed for Chapter 11 in the U.S. As the city begins to reopen it will still be hard for many restaurants to survive with only patio service being offered and at reduced capacity. How does a restaurant survive when they can only serve two tables on their minimal patio area?

One of the high dollar sales was located in the Yorkville neighbourhood at 126 Scollard St. at the corner of Hazelton Avenue. This 22,000-square-foot building sold for $19 million or $864 per square foot. The buyer, LDC Logistics Development Corporation acquired the building at an occupancy level of 70 per cent at the time of sale. The vendor, a private, numbered company, took back a five-year mortgage at 3.25 per cent to close the sale.

Although this report is somewhat truncated from previous reports, it at least confirms that the sky hasn’t fallen suggesting that the market will be more like 2008 than it was in 1990 when the market imploded. The only caveat is that — like the prediction of a second wave of a COVID-19 outbreak — these are early times operating under these conditions. Money has not dried up but the most important result this past quarter was the nature of the buyer — as it is clear that there were not a lot of name brand players in the results.

In conversation with both brokers and investors, the sentiment suggested that the big names are preferring to sit on the sidelines at the moment to see how things shake out. Many are using this downtime to do renovations that may have been in the budget but had not been tendered. With most buildings being vacant, it is an excellent time to do upgrades which can be undertaken during daytime hours as opposed to after hours at, assumed, higher hourly rates.

The outlook for now is to remain cautiously optimistic for the next quarter, as no one wants to have a second wave of COVID-19 as it would certainly take away any momentum. We all want to go back to normal or an adjusted normal that allows us to return to work and maybe shake someone’s hand again. Stay healthy, everyone.